Always hope for a miracle! 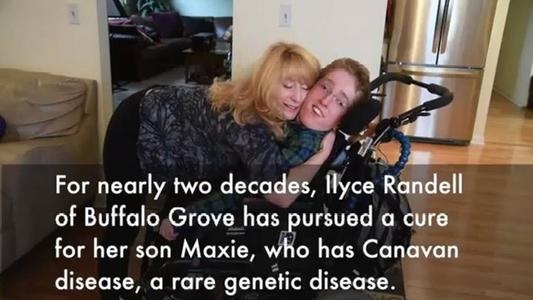 Ilyce Randell had never heard of Canavan disease before that sunny March day in 1998 when doctors diagnosed her then 5-month-old son, Max, with the rare, fatal brain disease. Doctors told Randell not to get attached to her baby and advised her to look for a pediatric nursing home where Max could live out his likely short life in an eventual vegetative state. But for Randell, of Buffalo Grove, that scenario was never an option.

"I remember my mom saying, 'We'll go live in a rain forest if we have to for this baby.' We decided we'll travel. We'll do anything," Randell said. "If there's no cure, we'll find a cure."

And for nearly two decades, she has relentlessly pursued that goal.

Randell sought out the most promising experimental treatments for Max, raised millions of dollars to fund research and knocked on doors from Springfield to Washington, D.C., to push for more funding and the government's go-ahead to test new treatments.

Now, as Max turns 19, Randell believes a cure could finally be on the horizon. Helping to fuel that optimism is pharmaceutical giant Pfizer's recent purchase of Bamboo Therapeutics, a gene therapy developer dedicated to treating rare genetic diseases, including Canavan.

Canavan disease is a neurodegenerative disorder in which defective genes can't produce a key enzyme needed to break down an acid called NAA. The acid builds up in the brain and destroys the substance that coats the neurons, called myelin, eventually destroying the brain's ability to transmit nerve impulses.

Children born with the disease are trapped in bodies that can't respond to brain signals. They are unable to hold up their heads or sit without help. Most never speak. Many Canavan patients, including Max, communicate through blinking.

The promise of gene therapy is in technology developed through more than 20 years of research, including early trials in which Max participated as an infant and toddler.

Those trials were led by Dr. Paola Leone, currently director of the Cell and Gene Therapy Center at Rowan University in New Jersey, who began working on a cure for Canavan disease in 1994.

Max was just 11 months old when he was enrolled in Leone's gene therapy trial at Yale University, and 3½ when he underwent a second experimental treatment under Leone's supervision in Philadelphia.

In those early years, Randell quickly learned the realities of battling a rare disease. The first trial was parent-funded -- which meant Randell had to raise $50,000 for Max to participate. She pulled out her wedding guest list and sent out letters to family and friends asking for help. Within a few weeks, she had raised the money.

By 2000, the family had established Canavan Research Illinois, a nonprofit that has raised nearly $3 million to support research, including work done by Leone and her team.

Research is expensive and federal funding is hard to come by for a disease that affects only about 600 individuals worldwide, Leone said.

"The limitation here is really money -- not ideas," she said.

With Pfizer now involved, Leone said she believes a cure for Canavan could be just a few years away.

And the technology used to deliver the gene therapy could have applications for more common neurological diseases, she said.

Randell just hopes a third trial -- and a cure -- come in Max's lifetime.

"My goal -- and my mission now -- is that this trial starts while Max is still a viable candidate to be in it," Randell said.

Randell will be meeting with representatives from Pfizer and Bamboo Therapeutics in mid-November to make the case for prioritizing Canavan research. Leone and other researchers, along with Max's younger brother, Alex, and a few Canavan patients and their families will accompany her to the meeting in Chapel Hill, North Carolina.

She also just launched the first international Canavan patient registry to quantify the disease's prevalence and identify those interested in participating in trials.

"My whole goal is to do whatever I can to let Pfizer know that we want to be on their radar. We are interested. We want a cure," she said.

And that's been the goal since Max's diagnosis.

"When you think about a technology that was in its infancy when it was used on Max -- to come so far in 20 years that it's now actually a viable treatment option if the interest and money are put into it … it's an amazing possibility," Randell said.

Max, at 19, already has beaten the odds. Most Canavan patients don't live beyond the age of 10. As the disease progresses, children gradually go blind, lose the ability to swallow, require feeding tubes and can eventually fall into a vegetative state.

Though profoundly disabled, Max graduated from high school last spring and is currently enrolled in a job training program at Miner School in Arlington Heights. Lisa Kruse, a nurse aid at Miner who started working with Max last January, said he has a way of bringing out the best in everyone around him.

"Max just has this charisma about him. He has a really sweet demeanor," she said. "And I think the kids also see his day-to-day struggles and think if he can smile when he has to rely on so many people to get through his day, then it's all to his credit."

Randell said Max's cognitive function is close to age-appropriate and his vision, which improved after the first gene therapy treatment in 1998, is still so good that his ophthalmologist only sees him once a year.

"Cognitively, he's still improving," she said. "And his vocalizations are closer to the words he's trying to say now than when he was five years old."

She believes Max benefitted from the two early gene therapy treatments. And she's talked to Max about the possibility of a third treatment.

"He said he would want to have it again. He's all in."

While it's too late for a cure for Max, she said she hopes it could bring him more independence, maybe the motor skills to control the joystick on his wheelchair.

Just days after this story was published, Max was rushed to the emergency room in complete respiratory failure and septic shock. In order to save his life, doctors placed him on a ventilator. He remained in intensive care for over a month. Maxie almost lost this battle several times, but he fought his way back to his friends and family who sat vigil by his bed the entire time. Everyone agreed that his recovery was a beautiful testament to his desire to be here with his adoring family. This was Max's miracle. 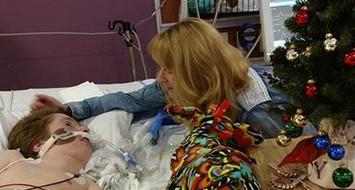 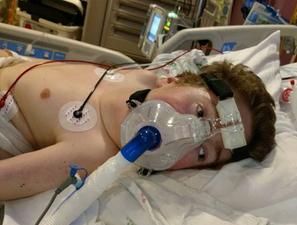 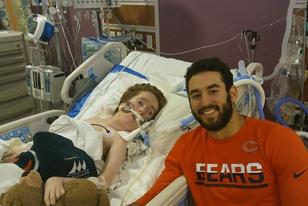 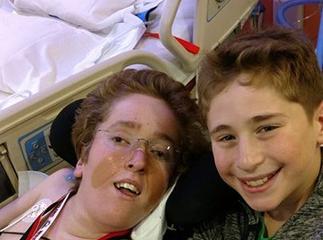 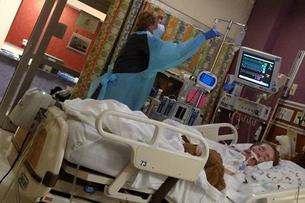 A Slideshow of Some Older Pictures of Maxie

Max's Miracle is an endeavor of Canavan Research Illinois.